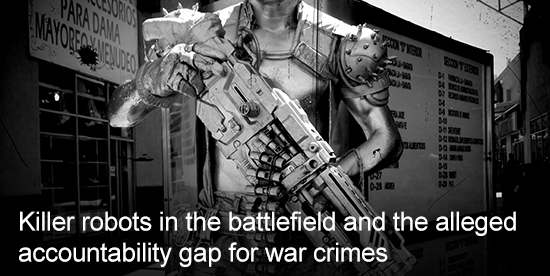 The rapid development of military robots designed to select and attack military targets without the intervention of a human operator raises new challenges, including in the field of accountability for war crimes.

This Lunch Briefing will discuss whether and to what extent there is the risk of an accountability gap for the war crimes eventually committed by a killer robot because of an erroneous autonomous targeting decision.