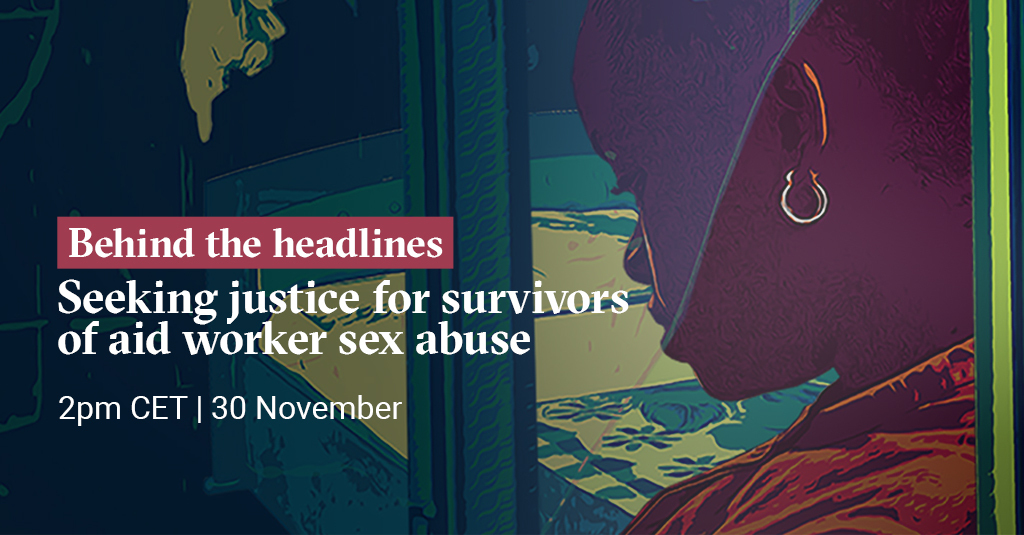 It’s a headline we see and write all too often: “UN peacekeepers and aid workers accused of rape and sexual abuse of women and children.”

In our recent investigation with Thomson Reuters Foundation, we uncovered claims by more than 50 Congolese women who say they were sexually abused or exploited by aid workers during the Ebola outbreak in the Democratic Republic of Congo.

WHO, IOM, UNICEF, and other NGOs have since pledged investigations into the accusations.

But what happens to survivors after reporters and UN and other investigators leave? Why does this keep happening? And will we be asking these same questions in five years?

Although the #MeToo movement has brought new momentum to sex abuse movements around the world — and organisations like the UN point to so-called “zero-tolerance” policies toward sexual exploitation and abuse — very few of the women abused by men in humanitarian environments ever get justice or reparations.

Join The New Humanitarian investigations editor, Paisley Dodds, on Monday 30 November for an open and frank discussion about this important issue, with confirmed guests:

There will be time for Q&A during the session. Questions can be sent in advance to events@thenewhumanitarian.org.