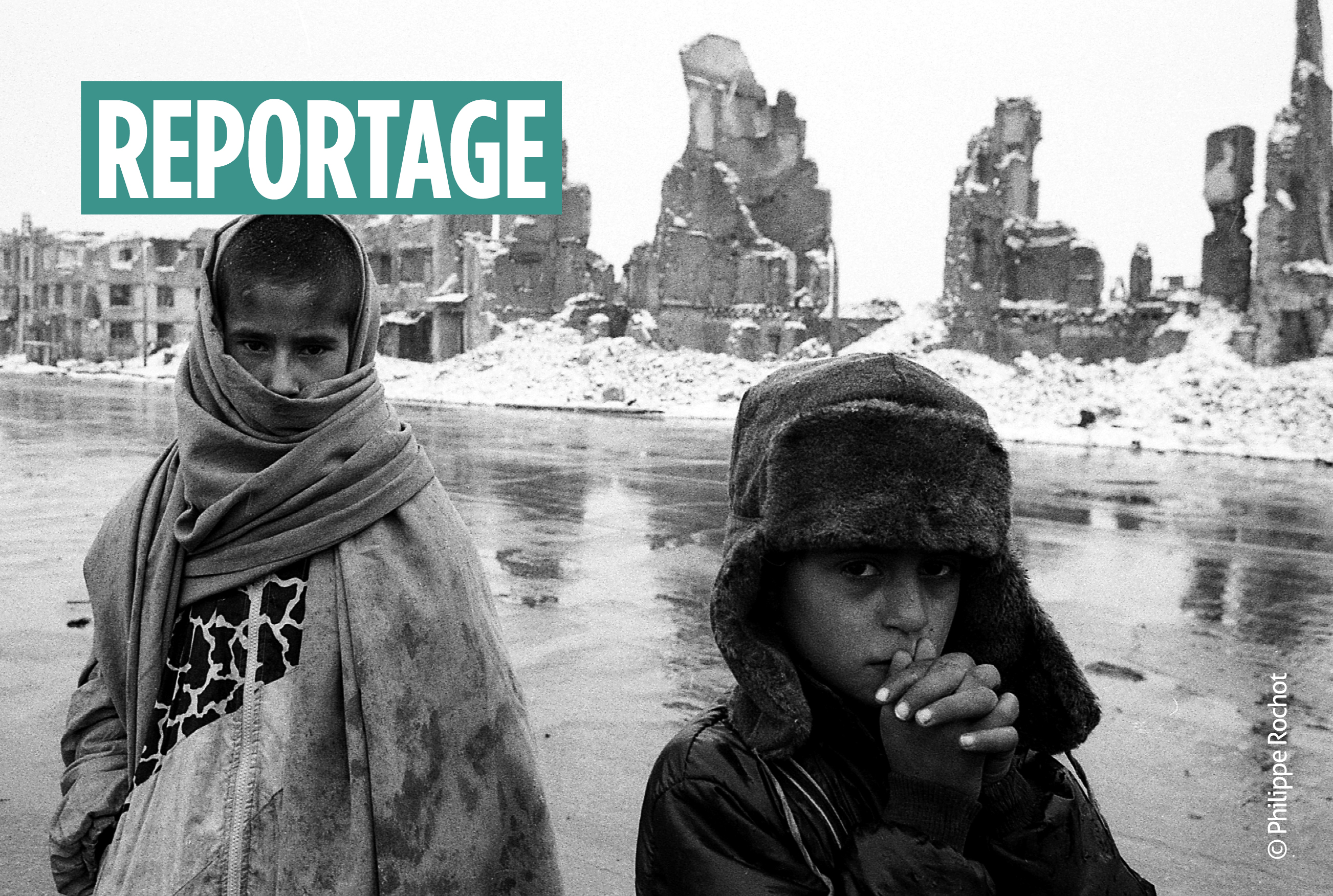 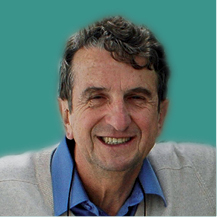 Philippe RochotWhile working for French radio (France Inter) and television (Antenne 2 and then France 2), Philippe Rochot has covered most of the major events of the last four decades. He was a correspondent for French radio and television in Rome (1972-1973), the Middle East (Beirut, 1973-1977), Germany (Bonn and Berlin, 1987-1992) and Asia, based in Beijing, from 2000 to 2006. He was awarded the Albert Londres Prize for his reporting on the Lebanese war.

During his career as a television and radio reporter, Philippe Rochot has covered major events in our modern history: the Middle-East conflict, the Iranian revolution, the war in Afghanistan, upheavals in Africa, the fall of the Berlin Wall, as well as the emergence of China, where he worked as a special correspondent for six years. But his first love has always been photography, his “notebook”, as he calls it, because of its power to immortalise the moment. Whether in the Arabia of the 1970s, on his voyages through Africa or in the Asia of today, his photos have a deeply human dimension, including many portraits and colourful images of the societies encountered.

Humanitarian Alternatives: You are a radio and television journalist, yet you take your camera everywhere you go. What is the “extra something” you get from taking photos?

Philippe Rochot : Photography is my first love. Originally, I wanted to work in photo journalism. I wanted to do photos and captions for the weekly press on the Vietnam War which was front-page news when I was in journalism school in Lille. I like providing proof and showing things through pictures. My passion for still photos has remained intact, even after 35 years as a television reporter. I’ve always taken a camera with me so that I could immortalise the moment, produce my own images of what I see, rather than make do with the images my cameraman produces, however good they are.

It’s fantastic when you manage to sum up a conflict with one symbolic photo, as that photo will live forever. We remember photos of major events, not film footage. The tanks in Tiananmen Square, for example, young Kim burned by napalm during the Vietnam war – these situations were all filmed, but what we remember is the still photos. We eventually lose interest in filmed images and videos, but not in photos. For example, from my time in Afghanistan, I still have a photo of two street children lost in the ruins of Kabul that I took while making a documentary for “Envoyé special”, a French current affairs programme. But I didn’t keep the film footage…

H.A.: A lot of your photos are of people, victims, the population: is this also an attempt to put some soul back into reports that are often more focused on events and political analyses?

P.R.: I cannot think of pictures that would not show human beings. It is through people that we can get the real measure of an event; they bring the emotion, anger, revolt, compassion, and dignity too. You can see this in all my photos of the exodus in Rwanda or Chad, for example. So, it’s not about giving a bit of soul to a photo, it is its whole soul. I don’t make any political analyses in my reports either. I present the facts, the situations, the events, and most of all the people caught up in these events. I leave it up to the reader or viewer to analyse the situation, but there’s nothing neutral about my choices. No report is neutral as, intentionally or unintentionally, it always contains something of the reporter’s personality, sympathies and feelings.

H.A.: The first photo in your book was taken in Damascus, Syria, in 1974 One of the final ones portrays the aftermath of the Tutsi genocide in Rwanda in 1994. There may be twenty years between them, but both these photos represent, albeit symbolically, two of the international and humanitarian community’s worst failures: like humanitarian aid, is journalism essentially a chronicle of our failures?

P.R. : Absolutely not. Both humanitarian aid and journalism have their limits. At the start of my career, I believed that modern means of communication would prevent future genocides, for example, that when such an event was brewing, we’d be able to denounce it and stop it from happening. I was wrong. In the second half of the 20th century we had Cambodia and then Rwanda. Journalists and aid workers did what they could, with immense courage and the sincerest of motives. But the forces of evil overcame their will and their capacities. But yes, it was a failure on the part of the international community, paralysed by economic and political conflicts of interest, or too busy fighting for their share in zones of influence.

H.A.: Out of all your reports, do you remember any countries or contexts where humanitarian issues were particularly painful?

P.R. : Yes, Somalia, for example. I loved this country very much. I covered the Ogaden war in 1979; that war is what brought the country to its knees. I’ve been back several times since then, notably in 1982 for operation “Restore Hope” which was a failure. But it was mainly the international community’s failure. If we’d been able to ensure security, if the warlords hadn’t turned their weapons against this “foreign invasion”, aid workers could have intervened earlier, they could have got on with their work.

H.A.: Your forty-year career coincides almost exactly with the history of the French doctors: have you often encountered NGOs in the field? What kind of relationship did you have with them?

P.R. : Yes, I’ve had many encounters with NGOs in the field. I would even seek them out, as they could give me a human angle, an opportunity to meet the victims and get their stories. As for the NGOs, they liked working with journalists; it gave them a chance to talk about their mission and their difficulties. I used to like interviewing the people working for these NGOs to find out what motivated them: “Why are you doing this? Why are you spending your holidays in this living hell?” I often worked with small local NGO’s as in Cambodia, India or Chad. I liked doing that because those people were giving themselves entirely to help others.

H.A.: During the first few years of the French doctors adventure, there were very strong ties between journalists and aid workers. This no longer seems to be the case. After starting out as “buddies”, they’ve become more distant. The initial shared desire to bear witness has developed into a clash between NGOs with their communication strategies and journalists with their sometimes extremely harsh criticism of these NGOs. Do you agree with this analysis of the situation and what do you think has caused it?

P.R.: I think the proliferation of media has been a real problem for NGOs. After all, they have other things to do than organise endless press visits. Some unscrupulous journalists have asked too much of NGOs. Certain sermonisers have started to criticise the organisation of relief. It’s become a recurring theme: with each new disaster, they set out to prove that nothing is organised, that the NGOs are all jostling for position, etc. Others have been scrutinising NGOs to find out how they spend their money. And the “Arche de Zoé” scandal certainly didn’t help. All this has created distrust between the media and NGOs, and destroyed the natural bonds of friendship that used to exist.

H.A.: In the conclusion to your book, you talk about the change in status of journalists, the fact that they are no longer protected by their passport and press card and that many – governments, armed groups – see them as enemies, targets or bargaining chips. You endured this painful experience yourself as a hostage in Lebanon. It’s strange because we could say exactly the same thing about aid workers who have lost their “immunity”, so to speak. What do you think is the reason for this hostility towards our two professions?

P.R. : Mistrust of journalists and aid workers has grown considerably. Press card or no press card, we are viewed with great suspicion as soon as we cover an armed conflict. Someone said to me recently, “We know perfectly well there are fake press cards in circulation”. My press card was of no use to me when I was kidnapped in Lebanon. Quite the opposite. Inside terrorist movements, they see journalists as the enemy, especially French ones. They know that capturing a journalist will earn a lot of media attention for the grim causes they defend. That said, I’ve always refused to hide the fact that I’m a journalist, because I’m proud of it. Our country is engaged in numerous conflicts across the world, so our nationality doesn’t help open doors either. With a French passport, we are seen as an enemy and potential targets. And there is an increasing fear of conspiracy, not just among fighters seeking to overturn governments, but within French society. And that’s the most worrying thing. 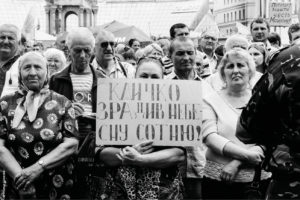 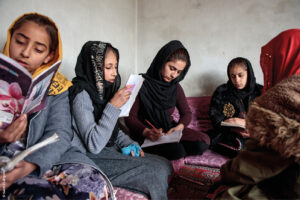 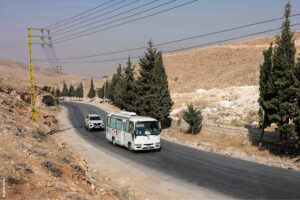 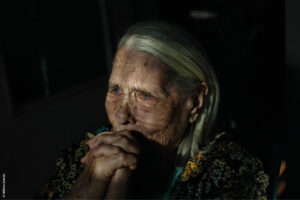