Impacts of the Syrian crisis in Lebanon: civil society as a vector of solidarity 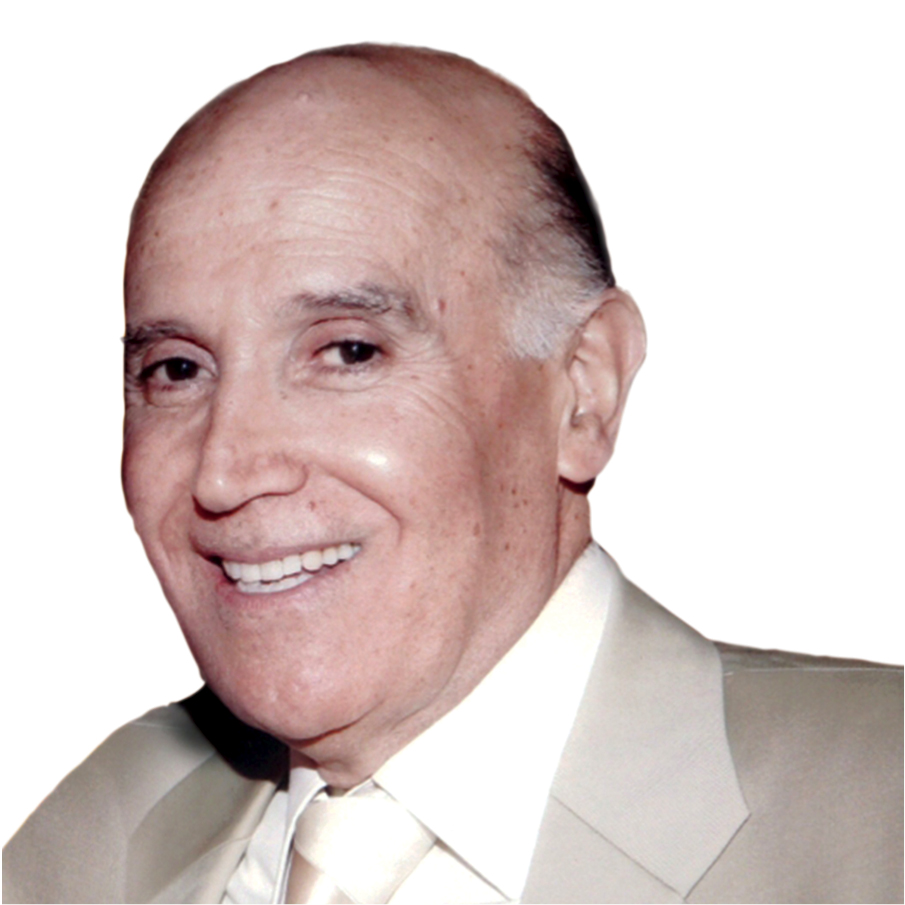 Kamel MohannaDr Kamel Mohanna was born in Khiam, in southern Lebanon, and was confronted at an early age with the Israeli occupation of his country. In the 1960s, he completed his medical studies in France and became a pediatrician. He started his humanitarian work with Dhofar revolutionaries, before working in the Palestinian camps during the 1970s, and participating in the creation of the Najdeh Association. In 1979, he founded Amel Association International. The NGO fights for dignity for all, without discrimination, particularly in the fields of health, education, professional training and protection. Since the beginning of the Syrian crisis, Dr Mohanna has been working with Amel so that the generosity of Lebanon and its civil society be recognised and supported. In this context, Amel received the Ghazal Prize for Peace and was nominated for the Nobel Peace Prize in 2016. Dr Mohanna is also the General Coordinator of the Collective of Lebanese and Arab NGOs. His biography, which retraces this journey, has been published in Arabic and French (Kamel Mohanna, Un médecin libanais engagé dans la tourmente des peuples. Les choix difficiles, L’Harmattan Editions, 2013).

By hosting 1,500,000 Syrian refugees, Lebanon assumes its share of responsibility, maybe far beyond its capacities. Explaining the impact of this conflict on the “country of the cedar”, Kamel Mohanna also allows us to discover the action of Amel, the association he founded 38  years ago.

For six years, the Syrian conflict has dragged on, murderous and wounding. With its millions of refugees and displaced persons, the crisis is without precedent. This war has brought its share of suffering, as much for Syria as for the neighbouring countries which have accepted migrants fleeing the conflict and seeking protection. Whilst the negotiations and international summits continue, and strategic and operational plans are rolled out[1]See Government of Lebanon and the United Nations, “Lebanon Crisis Response Plan 2017-2020”, http://reliefweb.int/sites/reliefweb.int/files/resources/2017_2020_LCRP_ENG-1.pdf , the situation has known no lasting or sustainable improvement. Indeed, despite a number of developments in the field, particularly in Aleppo, the humanitarian situation has not changed for countries bordering Syria, and especially for Lebanon.

Since 2011, the impact of the Syrian conflict has been devastating and vulnerabilities are on the rise, both for Syrian refugees and for the host population (1,500,000 Lebanese are considered to be in a situation of vulnerability due to the Syrian crisis[2]Idem.). Moreover, funds are not sufficient for basic services and the stability of the country is under constant threat from this reality: Lebanon is the country which has accepted the greatest number of refugees (1,500,000 Syrian refugees and over 300,000 Palestinian refugees from Lebanon and Syria) per capita (the Lebanese population numbers roughly 4,000,000 inhabitants).

Faced with this difficult situation, the volunteers from the Lebanese NGO Amel Association International (Amel)[3]www.amel.org are working together with the populations affected by the crisis. These teams carry the hope of renewed solidarity and committed action. And yet, when asked “What is the greatest challenge facing you, the Syrian refugees and Lebanon?”, one woman volunteer was lucid in mentioning that “in the absence of perspectives for a common future refugees do not know how to build their future, the Lebanese are exhausted and we volunteers plan and act without knowing how long our response will last”. Nevertheless, this volunteer also emphasised that hope remains thanks to “the humanity and solidarity of our engagement and commitment, so that all populations may live and live together without discrimination”.

By investing themselves without reprieve in the field, Lebanese civil society has demonstrated that it is committed to human dignity. It is therefore possible to hope, even though it is important to approach the context with lucidity, and admit that changes will essentially occur at the local level, given the extent of the paralysis of the international and political spheres. Amel therefore aims to build an engaged, citizen model of humanitarian action, together with the people affected by the Syrian conflict.

Local actions: a united response to the impact of the Syrian crisis in Lebanon

The sectors of civil society are in crisis, reflecting the living conditions of people affected by the Syrian conflict, which continue to deteriorate. Hence, 52% of Syrian families in Lebanon, 10% of Lebanese and 6% of Palestinian refugees from Syria[4]UNHCR, Vulnerability Assessment of Syrian Refugees in Lebanon (VASyR), 2016 and “Lebanon Crisis Response Plan…”, op. cit. in Lebanon are living in extreme poverty[5]Less than 2.50 American dollars per day.. The lack of essential services to millions of people affected by the crisis in Syria and in neighbouring countries[6]By way of illustration, (only) half of the Lebanon Crisis Response Plan was funded in 2016. have contributed to the catastrophic and explosive nature of this situation.

It is in this context that the innovative and just practices of local civil society[7]For more examples of Lebanese innovations, please refer to publications regarding “the glocalisation of humanitarian interventions in Lebanon”, available online: … Continue reading must be emphasised, and particularly those of Amel. This non-denominational NGO, created in 1979, replaces the human being at the heart of humanitarian aid, by involving marginalised populations in the decision-making process, by supporting equitable partnerships with local and international NGOs and by dedicating the best part of its funding to field activities, centred on efficiency rather than merely on the technical nature of operations or on their visibility. In this spirit, Amel has been implementing a response to the Syrian crisis since April 2012. By way of its 24 medical centres and 6 mobile clinics, the organisation’s team of 800 employees and volunteers have supplied over 1,600,000 services to populations affected by the Syrian crisis, in the fields of health, professional training, education and protection.

Indeed, education is one of the sectors worst affected by the Syrian crisis, with 200,000 Syrian refugees out of school in Lebanon, which is to say half of the children registered by the HCR in the country[8]“Lebanon Crisis Response Plan…”, op. cit.. Constraints restricting access to education in Lebanon include fees for transport to schools, difficulties in adapting to the Lebanese curriculum and child labour. Amel is convinced that action is necessary, and that the emergence of a “lost generation” due to the Syrian conflict is not a fatality. It is in this context that Amel leads initiatives for non-formal education (school support and accelerated apprenticeships), and professional training. Since the beginning of the crisis, over 52,000 children have been able to participate in educational activities, and over 50,000 women and young people have followed professional training courses (computer maintenance, cooking, hairdressing and make-up, etc.) in Amel centres.

In terms of health, 16% of Syrian refugees were unable to access basic healthcare in 2016, due to the lack of structures or insufficient income[9]Ibid.. The impact of the Syrian crisis on the Lebanese system is also considerable. According to the World Bank, 177 million dollars would be required in order to bring the quality level of care back to what is was before the conflict[10]World Bank, “Lebanon: Economic and Social Impact Assessment of the Syrian conflict”, 2013.. In order to meet these challenges, Amel’s centres and mobile medical units provide basic preventive and remedial healthcare. Amel has provided over 750,000 services since the beginning of the crisis.

International solidarity, a duty for the dignity and humanity of all the populations affected by the Syrian crisis

In spite of this work in the field with the most vulnerable populations, it must be noted that perspectives for finding a political solution to the Syrian crisis are limited. Moreover, the closing of borders, isolationism and lack of solidarity witnessed, particularly in Europe, are worrisome. Beyond local initiatives, a “shared responsibility” must be accepted by the international community, in order to ensure that all of the populations affected by the Syrian crisis may live with dignity. It is essential that our actions be guided by solidarity, both local and international. In this respect, Amel has put forth, particularly for the international community, the following recommendations and principles in order to help Lebanon, which is helping Syria: 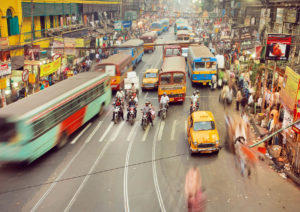 Although it has a strong civil society, India deploys its humanitarian aid mainly through bilateral and, gradually, multilateral channels. Rooted in a long-standing approach, indexed to both domestic and external policy objectives, this aid may be on the threshold of a transformation commensurate with this country-continent. Recent decades have seen a slow but steady rise […] 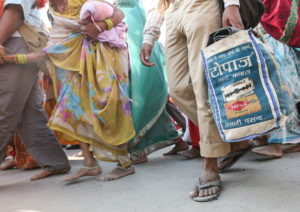 The rise of sovereignty does not spare humanitarian aid. A prime example of this trend, India rejects foreign interventionism on its territory while making humanitarian aid a component of its own sovereignty. For several decades now India has been keen to present itself as an exporter of aid – particularly at sub-regional level – while it continues […] 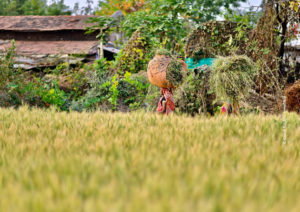 How to explain the Indian paradox that sees the country with the highest cereal production in the world experiencing one of the highest rates of undernutrition? Ashwini Kakkar traces the history of India through this prism before turning to the measures put in place by the government and by a non-governmental organisation with its roots […] 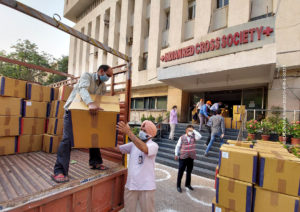 Why India (perhaps) does not need humanitarian food aid

Following on from Ashwini Kakkar, Frédéric Landy takes a closer look at the Indian food paradox. He does so while reflecting on the Indian government’s hostility towards the intervention of foreign organisations. Another paradox, no doubt, but one that does not disregard the actual resources the Indian Union possesses to improve the situation. In India, […]