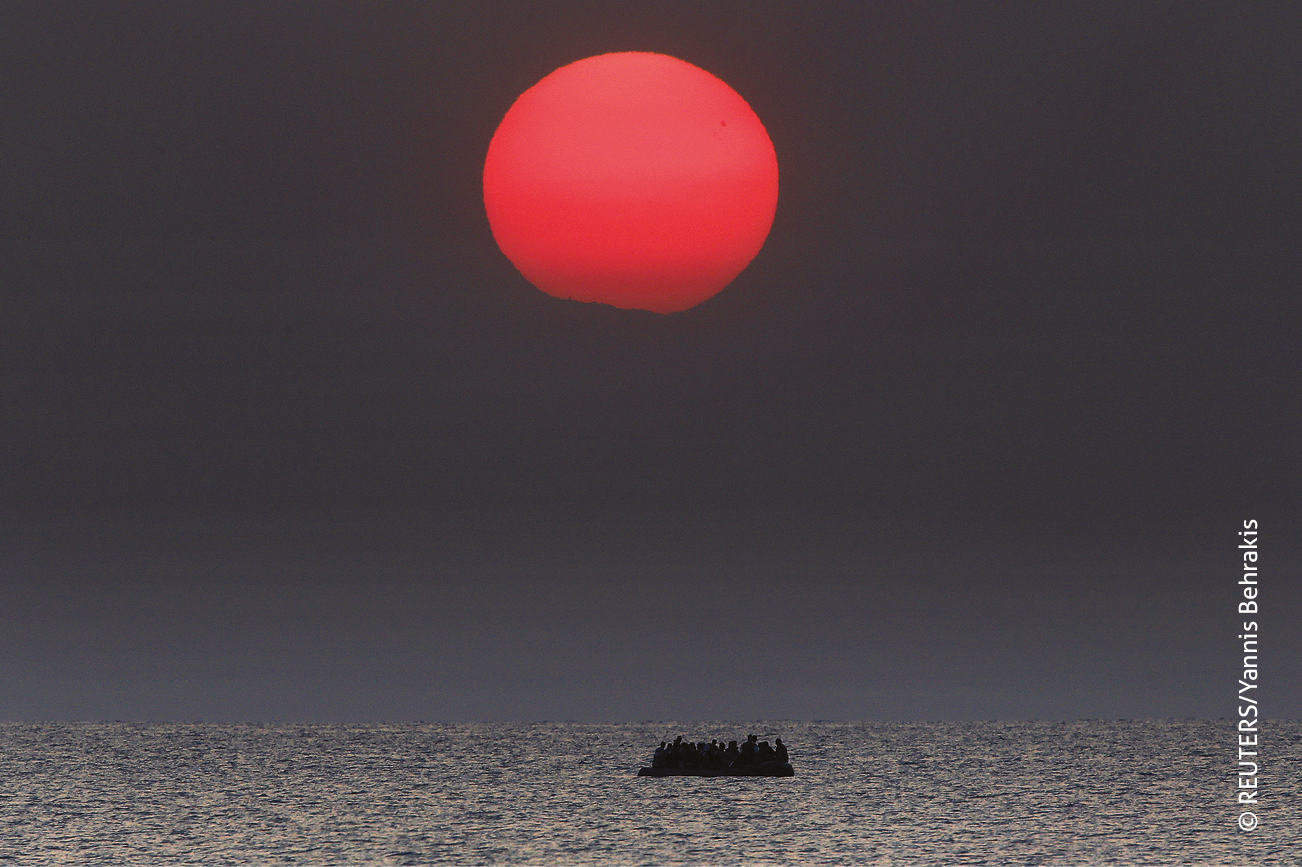 A red sun is seen over a dinghy overcrowded with Syrian refugees drifting in the Aegean sea between Turkey and Greece after its motor broke down off the Greek island of Kos, August 11, 2015. United Nations refugee agency (UNHCR) called on Greece to take control of the “total chaos” on Mediterranean islands, where thousands of migrants have landed. About 124,000 have arrived this year by sea, many via Turkey, according to Vincent Cochetel, UNHCR director for Europe. With this photo of Yannis Behrakis on the cover of this issue, we want to evoke as much the reality of migrants who risk and still lose their lives in the Mediterranean as this so-called alliance of man and nature, largely fissured since the first has clearly decided to subject the latter to all its excesses. In this photo, man and nature rub shoulders. The magnificent sun darts its last rays of a day on the waters of the Aegean Sea as if it would never stop this ritual. For a bit, we would think the innocent spectacle of a sunset dreamed of by all lovers. It is almost to forget the frail craft punctuated by a few human beings wondering, perhaps, what they did to hate this show that, like everyone else, they once revered. A silent dialogue between the solar star and the wretched of the Earth. Strange behind closed door barely fractured by the camera of a great Greek photographer, died at the age of 58, last March, Yannis Berhakis. We wish to pay tribute to this photographer who, throughout his career, did everything to show the world of men what he inflicted on his contemporaries, what he inflicted himself. In an interview he gave in 2016 to our colleagues from the ICRC delegation in Paris (https://www.youtube.com/watch?v=k9aQ5CBVoZ8&t=7s), the photographer was speaking about the history of this grandmother, his, driven out of Izmir by the Turkish during the “great catastrophe” of 1922. Refugee in Marseille, France, she found back her children after two years thanks to the services of the researches of the French and Hellenic Red Crosses and with the support of the ICRC. Born of this story, Yannis never forgot. And it was he who, one day in 2015, pressed the button to immortalize these refugees of modern times, grouped together on a boat drifting between Turkey and Greece… 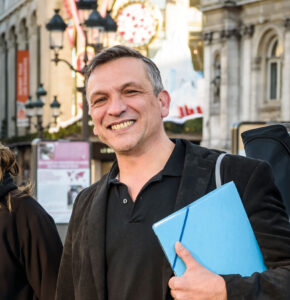 A tribute to Olivier Mouzay

Olivier had a natural openness towards others, reflected in his kindly smile. I believe this was truly heartfelt, unencumbered by any unnecessary considerations and so leaving room above all for clarity. He had the ability to put people at ease, speaking tactfully but with complete frankness. One felt close to Olivier and with him one […]