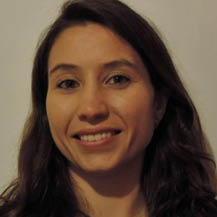 Lucie LaplaceLucie Laplace is studying for a PhD in political science at the Université Lumière Lyon 2 and the Laboratoire Triangle, researching the management of Colombian exiles in Ecuador between 2000 and 2017. She is currently a member of the Institut Convergences Migrations. Since 2016, she has also been interested in how the Venezuelan migration boom is being managed in Latin America, focusing in particular on changes in host States’ national policies and in the programmes of the associations for Venezuelans living there. More broadly, she monitors the political and electoral changes in this part of the world and took part in short-term election observation missions with the Organization of American States in Guatemala in 2015 and with the European Union in Paraguay in 2018. “NGOs. De-politicization of the resistance to neoliberalism? A developing countries Perspective”,

T he issue of the CETRI journal Alternatives Sud for the second half of 2017 provides an interesting contribution to the debate that has been at the centre of the last two issues of Humanitarian Alternatives. The seven articles it contains raise questions by re-politicizing the issue of co-operation between NGOs and public and private (in particular for profit) stakeholders. They help to explain the causes of the de-politicization of NGOs, the challenges arising from the development of neoliberalism, tending to reduce the role of the State and change the organizational culture of NGOs (the instrumentalization to which NGOs are subject, the professionalization of management, paternalism and systematic reform, both often privileged), as announced in the editorial by Julie Godin.

This publication includes analyses by both academics and professionals from the humanitarian sector, examining from a critical point of view the global issues affecting this whole sector: the risk of instrumentalization (Chapter 1 by Thomas Gebauer and Shankar Gopalakrishnan), and paternalism (Chapter 7 by Léon Koungou). But the review provides an insight into geographical regions such as Latin America (Chapter 4 by David Dumoulin Kervran) and Central America (Chapter 5 by José Luis Rocha), as well as a sector-based analysis (environmental NGOs in Chapter 8 by Alain Le Sann). Other articles are case studies on subjects such as the Indian women’s movement (Chapter 2 by Sruka Roy), Palestinian NGOs (Chapter 3 by Walid Salem) and NGOs in Uganda (Chapter 6 by Maria Nassali).

In this report, we have chosen to present two chapters in more detail: Chapter 1 by Thomas Gebauer and Shankar Gopalakrishnan, dealing with the general issue of instrumentalization, and Chapter 6 by Maria Nassali, on the specific case of NGOs in Uganda.

In Chapter 1, Thomas Gebauer and Shankar Gopalakrishnan advocate the re-politicization of NGOs in order to avoid the dangers of instrumentalization. They speak out against the consequences of institutional funding (a vector of apoliticism), involving rationales based on control and performance, which tend to lead NGOs to position themselves more readily in the emergency aid sector. This rules out the possibility of addressing the root causes of social inequalities, and prevents them from constituting a true vehicle of social justice. On the contrary, it favours a status quo linked to the hegemonic neoliberal culture according to which the world seems to be “divided between people who provide aid and those who receive it, [which] appears more acceptable that a world divided between the privileged and the socially excluded”. We must therefore be particularly vigilant as regards any collaboration with stakeholders promoting their own commercial (and profit-making) interests, for instance in the military and security sectors, and “philanthro-capitalists”, who are agencies seeking political legitimacy. Thomas Gebauer puts forward five pathways to enable NGOs to re-politicize themselves: by developing a more critical mind-set, adopting political stances, becoming more independent, restructuring their actions to bring them in line with social movements and fostering networking to underpin more long-term policy changes.

In Chapter 6, Maria Nassali, a lawyer, presents the situation faced by associations in Uganda, where such organizations are seen as government appendages as a result of an increasingly restrictive environment (tightening of the legal framework and erosion of the freedom of assembly), conducive to political interference. This situation is compounded by strong rivalries as regards the securing of co-operation resources and inclusion in the networks of power, in order to manage to survive. These dynamics largely encourage NGOs to retrench behind an “apolitical” attitude. The author outlines a way out from this through the strengthening of political awareness within associations by advocating militancy (in favour of subjects to which rights are attached) geared towards the legal sphere, with the aim of continuing to strive for social justice. In spite of a case study underlining the limited scope for action in view of the authoritarian context and the neoliberal functioning of the co-operation sector, Maria Nassali manages to put forward a proposal providing much room for hope.

This issue publishes in French many articles that have already appeared in English-language journals. The studies included are challenging, their timeliness and the nuanced-nature of their commentaries address the issues of the aid sector with much subtlety. Without going so far as to condemn the choices made by the NGOs presented, rather they raise questions on the core issues of this sector. The NGOs’ choices and their consequences are analysed, while taking into account the contexts in which they occurred. These articles clearly show how NGOs, facing overwhelming challenges, become caught up in neoliberal thinking. The authors insist that there is no magic formula to solve the problems facing NGOs. However, this issue outlines with intelligence and tact some genuine courses of action which could increase the room for manoeuvre in the sector, calling for renewed politicization within the humanitarian community.