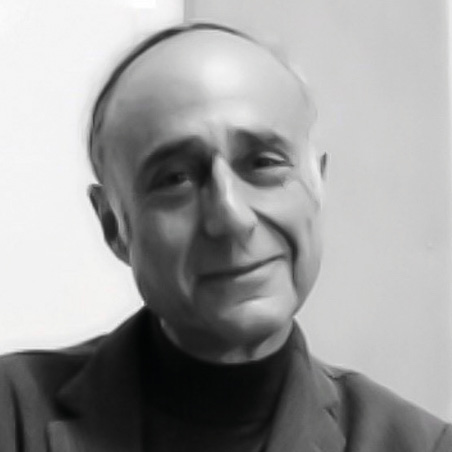 Philippe RyfmanPhilippe Ryfman is a specialist in non-governmental and humanitarian issues on the international scene. A barrister at the Paris Bar, he is also an Honorary Professor and Research Fellow at the Université Paris 1 Panthéon-Sorbonne. His latest work, codirected with Sandra Szurek and Marina Eudes, is Droit et pratique de l’action humanitaire (Paris, LGDJ, 2019). He is also a member of the Steering Committee of the review Humanitarian Alternatives. Research on “natural disasters” has been growing exponentially over the last few years. The remarkable work of Sandrine Revet[1]Philippe Ryfman, “The small world of major disasters”,Humanitarian Alternatives, no.10, March 2019, p.184-190, http://alternatives-humanitaires.org/en/2019/03/25/small-world-major-disasters/ has previously been discussed here. This book by American historian and University of Illinois professor, Gillen D’Arcy Wood is an attempt to provide a complete, global-scale overview of a long-concealed catastrophe that could today be referred to as an “environmental disaster”. This was the massive, apocalyptic eruption in April 1815 of the Tambora volcano on the island of Sumbawa in present-day Indonesia. It was then part of the Dutch East Indies colony, occupied at the time by the British.

After five years of research in volcanology and climatology, but also in literary, social, economic and political history, D’Arcy puts forward a reasonably strongly substantiated theory on the multifaceted impact of a volcanic explosion unequalled in the history of modern times, or at any rate, the first that it has been possible to document. According to him, “Tambora is a textbook case showing the fragile interdependence of human beings and the natural environment”. As the author sees it, the history of this two hundred-year-old climate disaster and its repercussions should clearly have a predictive value as far as the possible impact of current human-induced global warming is concerned.

Due to the lack of archives, eyewitness accounts are rare in a region that was then very remote, so estimates of the number of victims are difficult to make and imprecise, ranging between 60,000 and 120,000 deaths, including those who died of starvation or disease during the chaotic days and weeks following the disaster. For the author, the Tambora eruption caused climate change on a massive scale that lasted for three years. He even goes as far as to write that “this exceptional eruption changed human history”. At any rate, in certain regions of Asia, its impact was felt throughout the rest of the 19th century.

The essayist’s research project is to establish what he calls the “teleconnections” (a term currently in vogue in ecological and climate sciences) between the eruption and a series of phenomena observed in Asia but also in Europe, Latin America and North America. Whether social, economic, health-related, political or environmental, they occurred in the years immediately following the eruption. Though the link with it has only recently been established, the best-known phenomenon is the “year with no summer” that occurred throughout Western Europe in 1816.

In June and July that year, a group of well-to-do Englishmen and women found themselves stuck in a chalet on the shores of Lake Geneva, in Switzerland. The fact that they did not often go outside was precisely because of the particularly atrocious weather: relentless rain, violent and almost incessant blizzards alternating with snow and floods. Struggling to relieve their boredom, Percy Shelley and Mary Godwin (the future Mary Shelley), Lord Byron and his companion Claire Clairmont (Mary’s half-sister) spent their time talking and thinking together, but above all, writing. Percy Shelley wrote several of the major poems for which he is remembered in English-language culture. Mary in particular, just 18 at the time, but extremely intellectually precocious and creatively gifted, imagined a being created by the hand of man but barely human, deformed, twisted, enormous in size and which escaped from its creator, Dr Frankenstein. It is thus that during that summer – the summer that was not a summer – one of the most famous works of western literature, Frankenstein, sprung from Mary Shelley’s fevered imagination.

The link with this climatic anomaly is now recognized. For D’Arcy, “the Shelleys’ celebrated writings were very much enmeshed within the web of ecological breakdown following the eruption of Tambora […], when a subsistence emergency weakened the European population and famine-friendly contagion took hundreds of thousands of lives”. However, the author goes further and in the following extremely dense and detailed six chapters, abounding in references, he takes us on a whirlwind tour from Bengal to the Alps by way of Yunnan in China, the North Pole, Ireland and even the United States.

The picture he strives to portray to us is both chilling and intriguing, deserving of consideration and providing food for thought. However, though the author’s aspirations may be vast, his line of argument is not always as convincing as he would have us believe. Thus some of the ideas he develops are of patchy interest, such as those concerning the United States. What is more, his somewhat peremptory style and the lack of any real critical debate in most of the chapters often prove intrusive, even counterproductive. Although D’Arcy constantly refers to various scientific disciplines in both the hard and the social sciences, he clearly only selects the facts and references that back up his thesis.

Yet other explanations for the famines, epidemics and economic crises that occurred can and have been put forward, and it is a pity he did not describe them in detail and compare them with his own theory – it would have been interesting. Furthermore, even if strictly speaking international aid did not exist at that time, domestic or cross-border mutual-support mechanisms had begun to be set up from the 18th century, in Europe at any rate.

The author does not really seem to be interested in this. It is true that regarding the first major food and subsistence crisis in Ireland, at that time under British rule[2]Twenty years before the ravages of the Great Famine in the 1840s., he refers to the “scale of the disaster of 1816-1818”. This would have forced “the ruling classes to redefine their moral responsibilities towards the whole population” but he does not specifically dwell on this. Several factual errors regarding dates are also to be regretted in a work which considers itself a model of scientific rigour, such as the date of the eruption of Vesuvius given as having destroyed Pompeii in 79 BC, when obviously it was 79 AD.

Nevertheless, the book is well worth reading as it is not purely a historical book, but rather one with the stated intention of issuing a warning regarding the consequence of contemporary global warming – the real objective of this analysis of the Tambora crisis. This event dating back two centuries – and the author is right to point this out – is highly instructive on many points, in particular regarding its impact (which he recognises moreover as being very difficult to measure) on the animal and plant worlds, and on biotic populations. It also has much to teach us concerning the fact that a large-scale ecological crisis cannot be limited to its immediate consequences but must precisely be taken into account over an extended period, and finally, that the long-term consequences of a major disruption of the climate affect not only the physical environment, the animal and plant kingdoms and human societies but also the world of ideas and technology.

We may add a question here concerning its impact on the international aid system, its ability to adapt, its principles and its practices, so as to provide a link with the contemporary contexts and environments of many of the readers of this journal. Thus we may contradict Mary Shelley, who has the creature in her novel say that “all men hate the wretched”.

Everything in the field of humanitarian commitment proves otherwise, though, an overstated sort of “climatic pessimism” could hamper the nature and quality of our responses. The contribution of humanitarian actors in combating climate change – in particular in terms of prevention, preparation and response to future disasters, is therefore crucial. The “literature of catastrophe” also has this role.