Published in Issue 6 - NGOs and the private sector: threat or opportunity?

A philosophical investigation and the “Plight of Hospitality” 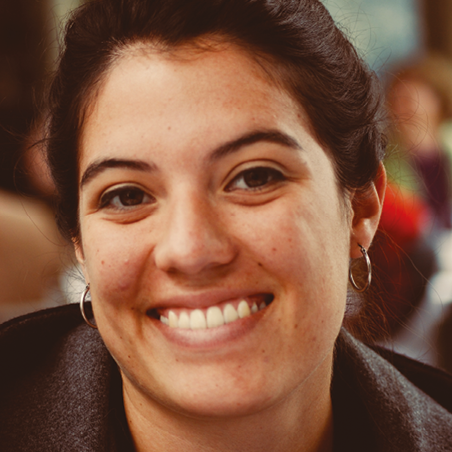 Audrey SalaAfter participating in the creation of Fondation Handicap International and Fondation Vivre Debout, Audrey Sala has worked alongside the founders of the Humanitarian Alternatives review since the project began. She is currently in charge of communications and coordination for the association. She has a Master’s degree in Human Rights Theory and Practice from Institut des droits de l’Homme in Lyon. Audrey has also worked for Amnesty International France as an external consultant for the creation of their Foundation, and for Handicap International on the ethical screening of financial partners. Since May 2017 she has been a member of the operational coordination team of Forum Espace Humanitaire.

“Beware of listening to this imposter. You are lost if you forget that the fruits of the earth belong to all and the earth to no one.”

Jean-Jacques Rousseau, Discourse on the Origin and the Foundations of Inequality among Men, Part Two, 1755

Guillaume Le Blanc and Fabienne Brugère travelled all over Europe, from the Calais “jungle” to the Refugee Centre at Templehof Airport in Berlin. In this book, they recount their journey, challenging us to question the place of “refuge seekers”[1]The authors chose to use the expression “refuge seeker” rather than “refugee”, which refers rather to a legal status, in particular as guaranteed under the 1951 Convention. in our society.

From the Middle Ages to the 20th century, from Homer to Hannah Arendt, by way of the writings of Jean-Jacques Rousseau[2]Quoted on p.181 of their book and chosen by us to introduce this review. or Immanuel Kant, the authors remind us of the European tradition of hospitality which contrasts with the image of the foreigner portrayed today, “stripped of any sanctity”. They write, “In effect, we are witnessing the erasing of the metaphysical figure of the foreigner which not so long ago still lingered in our cultures, imbuing them with a fleeting glory, and seeing it replaced with new figures of social disorder: the migrant, the refugee, the immigrant” [p. 170].

This book does not only note that political hospitality no longer exists[3]The authors define political hospitality as a pragmatic, impersonal and public hospitality, as opposed to the ethical, private hospitality “of the home” linked to private and individual values: … Continue reading, more importantly it reminds governments of their responsibility to implement genuine welcoming policies. The authors argue that the disappearance of hospitality as a political value has made way for individual ethical obligations and created a society ruled by emergency, limiting the possibility of any long term welcome. This is what they call the “plight of hospitality” [p. 97].

This situation is embodied in particular in the creation of “non places” and “displaced lives”, as seen in the camps, these “places which do not exist on any map. Indeed, that is even how we can recognize them. The jungle in Calais and la Linière camp at Grande-Synthe are places that are nowhere, that do not impinge on the real world, negative utopias that need to be erased at all costs, eliminating any dubious heterotopia from the world. We come across them almost by chance on a scrap of land outside our world, an excrescence trapped between the motorway and the dunes, or when we exit some crossroads leading to a warehouse which must be kept out of sight” [p. 143].

Nevertheless, the authors stress that the emergence of private initiatives providing assistance and solidarity – which can be classified as ethical and compassionate hospitality – leads to grass-roots movements which can force governments to rethink their public policies and the conditions of welcome they provide[4]See for example the http://www.lemonde.fr/idees/article/2016/06/20/des-villes-refuges-pour-migrants_4954053_3232.html or the documentary “Un paese di Calabria” which shows how ethical hospitality … Continue reading. The hospitality issue must therefore, they say, be discussed and debated in public so it may lead to participatory reception policies.

In the context of the rising power of populist movements in Europe, The Demise of Hospitality is a philosophical inquiry, conducted “in the field”, that everyone should read.