Greece is an example of solidarity for Europe! After 20 years of commitment for the defence of refugees the world over, the opera singer Barbara Hendricks was appointed Honorary Ambassador for life of the United Nations High Commission for Refugees, a unique title in the history of the institution. In 1991 and 1993, during the war in former Yugoslavia, she gave, out of solidarity, two concerts in Sarajevo and Dubrovnik. In 1998 she created the Barbara Hendricks Foundation for Peace and Reconciliation, so as to prolong her combat for the prevention of conflicts. The text that follows is an extract of the speech that she pronounced on June 20th 2016, on the occasion of the World Refugee Day. A vibrant plea that should reverberate next December 18th, on the International Day for Migrants.

Greece has seen a dramatic increase in the number of refugees and migrants risking their lives to reach Europe and more than 10,000 of these have perished, drowned in the Mediterranean, since 2014. After the closing of routes and borders in the countries of the Western Balkans, after the agreement between the European Union and Turkey and in spite of the severe economic and social difficulties of the last six years, Greek civil society continues nevertheless showing an exemplary solidarity and a willingness to help refugees[1]As illustrated by the joint attribution last September 6th by the UNHCR of the 2016 Nansen distinction to the Hellenic Rescue Team and to the volunteer Efi Latsoudi: : … Continue reading, in support of the government.

Fifteen years ago, the United Nations General Assembly designated June 20th as the “World Refugee Day”. But what can this date mean for the more than 65 million people in the world forced to flee conflicts, violence and persecution in their country, to save their lives? Behind this figure there are human beings with a story, often frightful but always touching. There are mothers and daughters, fathers and sons: 60% are women and children.

I went towards them: I visited the Diavata camp near Thessaloniki where I met Diyar Uren, a young musician from northern Iraq who sings and plays the saz admirably. He told me the story of his escape from Mossoul, the perilous trip by sea… Greek friends gave him a new instrument and I was able to listen to him playing during a concert in support of the refugees. The eyes of Nada Habbadi filled with tears when speaking of the separation from her family, the absence of school since three years for her children Mohamed (age 14) and Haya (age 16), both with facial wounds that have not managed to erase their lovely smile. A bomb destroyed their apartment in Syria. Today their father and their two elder sisters are in Germany.

The Schisto camp near Athens provides shelter for Afghan refugees who represent 25% of refugees in the country. I met there 22 year old Fatima, young mother of two children and Madia, age 27, spokesperson for a group of young women. They spoke to me of their anguish and their hope; of all that is missing in the camp, of the difficulty of living there as a lone woman. But the most damning was the fact that Afghans were not eligible for a relocalization. Madia told me: “We have lived with conflicts and horrible violence, especially for us women, for over 40 years! Why don’t we have the same rights as other refugees? We left Afghanistan because we were being killed over there and now, we are slowly dying here. Aren’t we also human beings?”

I spent an afternoon at the home of Dimitri, an actor and his wife Antigone, with their three children. Their eldest daughter offered her room to Fadwa, age 24, whose husband is in Germany, and her two children (3 year’s and one year old). Fadwa assures having this way a family feeling and Antigone told me: “I could not sleep knowing that I was not doing enough to help human beings who have fled from death, at the peril of their life”. I met them again in Athens, at the opening of an exhibition of the Greek artist Maria Belivani, relating to the forced displacement of 2 million Greek and Turkish people in 1923. The refugees who were present were not able to hide their emotion when she told the story of her own grandmother: she never found her little brother lost in the crowd.

At the end of the long night that the Second World War was, Europe, alike the Phoenix was reborn from its ashes and a new union saw the light of day. It was created to bring peace, stability and prosperity, favour human rights, social solidarity, the fair sharing of the fruits of growth, the right to a protected environment and the respect of cultural, linguistic and religious diversity. It is a union based on the values of human dignity, freedom, democracy and equality of all. All European countries signed the 1951 convention concerning the status of refugees. An Amnesty International public opinion poll has shown it: it is the politicians who are afraid of refugees; citizens, for their part, are more welcoming. We have to delve deep inside ourselves, re-establish the link with our values, the values of this union that Europe is, the values with which we have to live each day, each moment, with all those who surround us. We have allowed for too long the merchants of fear, hatred and exclusion to occupy the front stage. They encourage slogans that wound; they are helped by certain media looking for the sensational and easy profits. The solutions they propose to cure the ills of our societies are isolationist; they incite us to close our eyes, to shut borders and doors, to lock our hearts to all those who are different.

During my concerts, there is often a moment, a millisecond during which I have the impression that we are hearing music with one single ear, that we are vibrating with one single chord. And I believe that this chord is the same as the one from which the Universal Declaration of Human Rights comes. If we are alive today it is because others were able to face the challenges that occurred. In turn we need to seize this moment, with courage and audacity, to find within ourselves the strength to do it. I have the conviction that crises provide opportunities, openings and occasions to see things differently and act accordingly. Let us now remember that each of us belongs to the human family, that the other person is our sister, our brother or our child. Let us not be content with solemn phrases. We need to take action, and right away, finding again the path of fraternity. The stakes have never been so important and we do not have the right to fail. For future generations, a failure would be simply unforgivable.

Taliban policies are a nightmare; so are economic warfare and starvation

Is it moral to deprive Afghans of their State’s sovereign wealth on the grounds that the Taliban took control of the country on 15 August 2021? Without ignoring the dramatic effects of Taliban policy, the author answers unambiguously that it is the responsibility of the international community to allow access to these funds on which […] 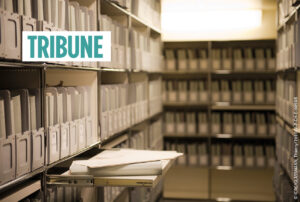 Are humanitarian standards scientific? What sociology of science can teach us about the Sphere standards

The myth of humanitarian action supported by data and scientific evidence has had its day – or so argues the author here, drawing on the history of the most widely known standards in the sector. He does not refute the essential role that science can and must play within it, provided it does within the framework of […] 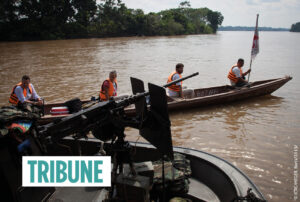 Humanitarian work is coming up against a barrier: how can analysis help devise corrective strategies?

Security incidents and the growing difficulties that non-governmental organisations (NGOs) are facing to gain acceptance are problems that are both also rooted in the very structure of the international humanitarian system. The author reviews the system’s architecture and challenges the current funding model and the pressures brought about by anti-terrorism legislation. He calls for a […] 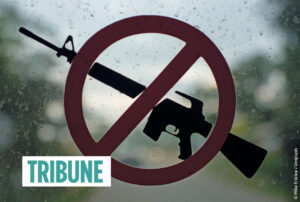 A deadly summer. The numerous killings of aid workers in recent months have rekindled the debate in the aid community. Should legal safeguards be added to the acceptance of risks and the strengthening of security protocols? Philippe Ryfman sets out his point of view, questioning a specific qualification and highlighting the scandal of impunity.