Published in Issue 6 - NGOs and the private sector: threat or opportunity?

Businesses and NGOs: the maturity of a debate 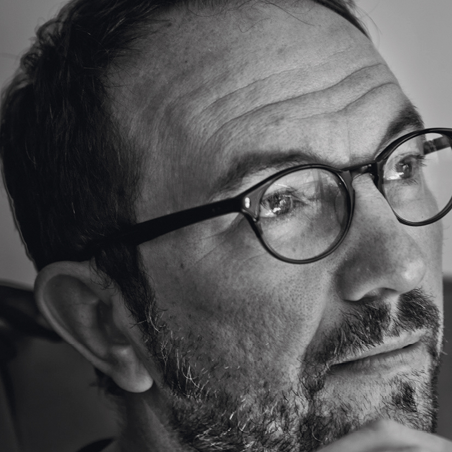 For a number of years, the humanitarian ecosystem has been undergoing changes. One of the reasons for the existence of our review is to accompany this transition and open it up for debate by inviting its actors and observers to exchange with each other. If there is one phenomenon that is emblematic of this transformation, it is the arrival of the for-profit sector in a field of activity which held it at a distance and on the margins for a long time.

Indeed, alongside traditional actors such as the United Nations and NGOs, the private sector – “classical” businesses, their foundations, or social businesses – has entered the humanitarian field, following its experience in the social and development sectors. This growing intervention manifests itself through direct actions in the field, funding or skill-based sponsorship. More generally, new practices are emerging (direct delivery of cash to populations, aid delivered via for-profit networks – bank cards, mobile phones, drones, etc.), and management logics inspired by the business world (“professionalisation”, certification, evaluation, human resources management) are being implemented and undeniably altering the aid sector.

Some see a risk of confusion, whereas others praise an extension of the domain of the struggle in favour of vulnerable populations. NGOs may indeed be able to count on new partners with the skills, technical means and funding which they are increasingly lacking.

This transformation has been generating a number of profitable discussions and oppositions, which are often symptomatic of a culture shock between businesses and NGOs. We cannot limit ourselves, as has too often been the case in the past, to a sterile opposition.

The first lesson of this Focus is that the debate has matured, as have its protagonists. Leaving behind naivety and outright refusal, NGOs have embraced the issue wholeheartedly. By better understanding the environment which they were formerly too quick to denigrate, businesses have developed an awareness of the fears expressed by “the other side”. And a middle ground is beginning to appear between denigration and the defence of a territory which, in the end, belongs to nobody, but to the victims.

It is therefore imperative that NGOs act on these changes, without renouncing their critical capacities, history, or commitments. The aim of this issue is to take stock of the situation and create the conditions for a dialogue between businesses and NGOs which must be ongoing, firm but open. Is for/non-profit still a useful distinction? Should limits be imposed on businesses? What awareness-raising activities can NGOs undertake? In the end, we must ask how the addition of private initiatives (since NGOs are also private organisations) can serve the general interest of suffering populations.

The articles in this Focus cover a large spectrum of opinions surrounding this issue. Mathieu Dufour begins by clearly stating that NGOs are not the “sole purveyors of honourable intentions”, and that, like for-profit businesses, they “are fundamentally subject to the same functional rules”. The financial director of the NGO Alima does not hesitate to affirm that not-for-profit is no longer a criteria “of ”. Pointing the finger at the current logics of public and international funding, the author decries the interference of sponsors in the definition of associations’ financial models, and in their governance. In response, he praises the “social impact contracts” recently set up in France, which allow a private investor to finance prevention programmes and be reimbursed, with interest, by public authorities in the case of success. He also tells the story of his association, which is about to issue nearly 2 million euros of associative securities to finance its operational response capacity. Times have unquestionably changed.

More than 30 years ago, the same financial constraint led the Lebanese NGO arcenciel to adopt a hybrid model – half-business, half-NGO – to finance its social activities in the Land of Cedars. Created in the middle of a civil war, in a politically and religiously fractured environment, the young association – much like BRAC in Bangladesh – chose a lasting model: “profit-making activities supporting non-profit activities – and all of them with a social and/or environmental purpose”. And today, says Kristel Guyon, the association has a budget of 15 million dollars, self-funded to 72%.

Thousands of kilometres from Beirut, in Ecuador, Lucie Laplace examines how the State in this “21st century socialist country” favours the emergence of policies of economic integration to help refugee populations. The results are mixed, likely because of the paradox of seeing the herald of the “citizen’s revolution” abandon NGOs to a face-off with businesses “as an alternative to the liberal capitalist model”. The young researcher notes that this formula tends to result in a “shirking of the sociopolitical responsibilities of the main actors”, whilst refugees see no real improvement in their living conditions.

No doubt we need to extend the parameters debate in order to grasp the implications of the arrival of businesses in the humanitarian field. Isabelle Schlaepfer, a researcher at the Humanitarian and Conflict Response Institute at the University of Manchester, questions the notions of legitimacy and accountability since businesses intervene, particularly in cash transfer programmes. According to her, the rules and practices of “new management” cause problems with regard to the collection of private data (names, addresses, gender, etc) in the context of humanitarian interventions. Whilst NGOs have proved their legitimacy and developed their accountability, it is unclear whether businesses have yet done the same. In any case, it is clear that they see beneficiaries more as consumers, with all the implications of such a change which, according to the author, leads to a sort of “competition” of forms of accountability.

As an exponential, almost irrepressible movement, the arrival of businesses in the humanitarian field calls both ethics and geopolitics into question. Anne-Aël Pohu, a jurist and independent expert in international development, having collaborated in the Handicap International Foundation as an ethical analyst, does just that. In her article on for-profit development companies, she explains how these companies – often created exclusively to do development or humanitarian work – receive a majority of public funding: “the aid volume absorbed by FPDCs has kept increasing. USAID – the American agency for international development – started outsourcing to FPDCs through the 199Os, then significantly increased the volume of contracts in the 2000’s because of the important reconstruction needs in Iraq and Afghanistan, as well as the reduction of USAID’s internal capabilities. In 2015, the main 20 USAID contractors thus received $4.8 billion, only 25% of which were allocated to NGOs”. Recognising that the collaboration of NGOs with PDCs (who often subcontract activities) allows the former to have access to “more important, multi-year and multi-country funding”, the author insists on essential vigilance points. Ethics are on the front line: “NGOs must also lay down their conditions regarding specific issues, such as: hiring private security companies or armed escorts; negotiating with parties to the conflict; intervening in areas where the donor may have interests other than humanitarian; certain donors’ requirements with respect to counterterrorism”. Whilst the example still remains the United States, where “FPDCs are clearly comfortable with their ties to the political sphere, and overtly pursue the goals of American foreign policy”, it is necessary to question the signs of a possible replication in Europe, and namely in France.

The recent example of the Lafarge group, suspected of having paid the Islamic State in order to continue their activities in Syria during the conflict, is one of these signs[1]Investigation for the programme “Secret d’info”, France Inter, October 14th 2017, www.franceinter.fr/emissions/secrets-d-info/secrets-d-info-14-octobre-2017. The affair would have remained a case of “questionable” business practices of no concern to NGOs, were it not for the fact that Lafarge was a signatory – along with four other French multinationals – of an agreement with the French Ministry of Foreign Affairs intended to create a synergy between private and public means. Signed in March 2014, this agreement decreed that, in the case of a humanitarian crisis, the businesses in question would put their logistical means at the service of the French State, whilst the latter would open up their diplomatic networks in order to facilitate the companies’ entry into the market. The effect on French NGOs engaged in the field may, as one can imagine, be catastrophic.

This selection of articles invites us to take stock of the fact that the arrival of businesses into the humanitarian field is not merely an opportunity for new sources of funding. It is a subject at the crossroads of social history, ethics and geopolitics. The first teaches us that it is mainly NGOs that called for the social responsibility of businesses – and that it would therefore be inappropriate for them to take them to task. The second requires that the ethics that applies to NGOs is also appropriate by companies. And the latter reminds us that the State must be involved in this reflection.

Since this essential subject cannot be exhausted in a single Focus, our next issue, which will be published in March next year, will continue these reflections and dialogue, calling into question the role that the State, as guarantor of the general interest and arbitrator of special interests, can play in this debate, especially to promote a common line of ethics. Does international solidarity not ultimately concern the general interest? 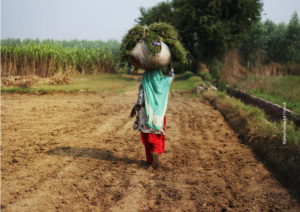 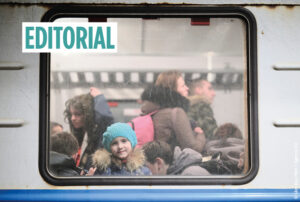 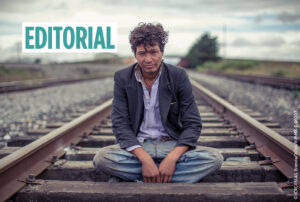