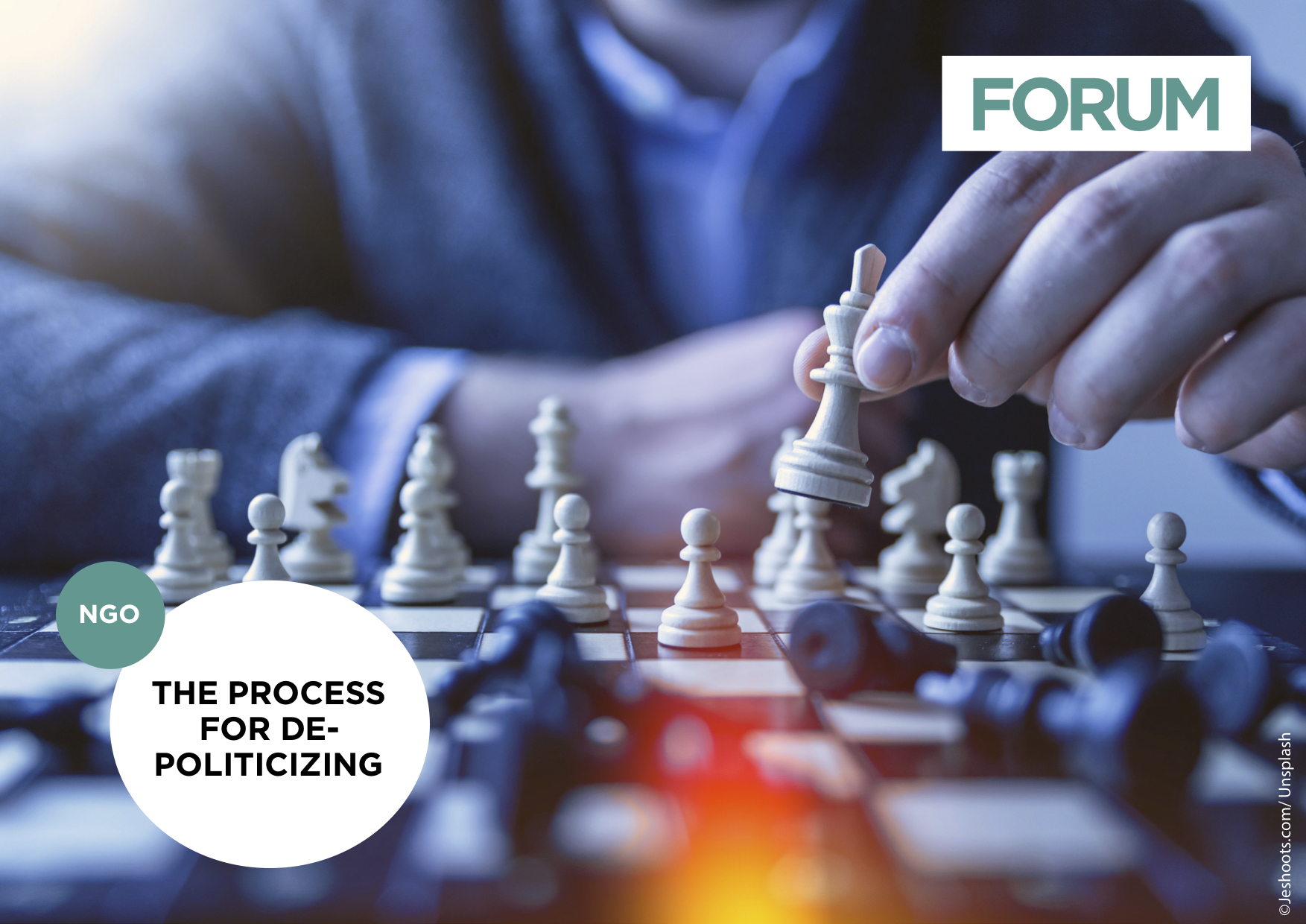 “It’s a process for de-politicizing NGOs, a shameful capitulation…”

Bertrand BréquevilleProgramme Manager, Doctors of the World After spending several years working in the field with Action against Hunger (Albania, Afghanistan, Pakistan, Haiti, etc.), Bertrand joined Doctors of the World/Médecins du Monde (MdM) in 2009. He is currently in charge of the operational steering of projects in the Central African Republic, in Ethiopia and Uganda.

Does the pragmatism of some hide an alignment with neo-liberal doctrine and the “healthy and critical distance from the private for-profit sector” of others guarantee the survival of militant humanitarian action?

In a well-written and deliberately controversial article entitled “Are NGOs the sole purveyors of honourable intentions”, published in the November 2017 issue of Humanitarian Alternatives, Mathieu Dufour extols the virtues of social entrepreneurship and introduces us to some new funding mechanisms, such as “social impact bonds, which he portrays as revolutionary. When reading this article, one wonders why the finance director of Alima (Alliance for international medical action) would choose to be so provocative in his approach to the subject.

Nobody would question the logic behind a relatively young NGO like Alima wanting to diversify its funding sources to have more freedom to develop its operations. And it’s doing so would probably have gone unnoticed without Mathieu Dufour’s article. But the enthusiasm with which he promotes closer collaboration between the world of business and that of humanitarian action definitely raises a few questions. Mathieu Dufour sees the barrier between these two worlds as essentially psychological and goes so far as to say, “imagine an end to the theoretical rift between the private sector and NGOs and a group of actors working together with different techniques and funding mechanisms, but in accordance with the watchwords “accountability and ‘impact’, for the benefit of populations in distress”. What is the thinking behind this stance? Is it dull realism or a fully-assumed alignment with prevailing neoliberal schools of thought?

What exactly are we talking about? And what proportion of the budgets of major NGOs is made up of private-sector funding? In 2016, for example, and in a context of strong operational growth, resources other than public grants and private fundraising represented only 5% of resources in the income statement of an NGO such as Médecins du Monde (MdM). We can of course see the glass as being half-empty and tell ourselves that there is surely progress to be made in securing funding from so-called “socially-responsible” companies and financing. But we could also see this glass as being half-full and tell ourselves that this type of funding should be kept to a minimum, as public grants and private fundraising are largely sufficient to fund most of NGOs’ programmes.

Mathieu Dufour himself recognises that the growth in funding of humanitarian actions is for the most part carried by governments and international institutions, but he doubts that “public funding is a long-term response to growing needs”. Without explaining the reasons for his doubts, he refuses to see any fundamental difference between public grants – however imperfect they may be – and money from the private sector and finance. On the contrary, Mathieu Dufour quotes Thierry Allafort-Duverger, former president of Alima and the current general director of Médecins Sans Frontières, to back up his arguments: “Worldwide, we are seeing changes in the economic and political landscape, so humanitarian action has no choice but to change too”. And of course it should do so by aligning itself with neoliberal doctrine and its precepts. Mathieu Dufour’s stances may appear modern, as they are unapologetic, but they are the harbinger of an as yet covert neo-humanitarianism.

There is nothing new in this intrusion of neoliberal thinking into humanitarian discourse. Indeed, this ideological alignment has been a gradual process. However, it is looking increasingly likely to create a rift in the NGO community, between humanitarians with a tendency to look towards the past and those claiming to be “pragmatic” and deriding their detractors in the process. In the Journal du Dimanche (JDD) of 22 May 2016, during the World Humanitarian Summit in Istanbul, Michel Maietta, research director at the Institute of International and Stratgeic Relations (IRIS), esteemed there to be no other alternative for humanitarian NGOs but to work as a network with companies and the private sector, and asserted with astonishing aplomb that: “Many NGOs are still taking shelter behind militant and backward-looking rhetoric to avoid having to evolve. They are fighting a losing battle”. There is no informed pragmatism to be found in such stances. It’s a process for de-politicizing NGOs, a shameful capitulation…

In the humanitarian sector, like elsewhere, neoliberalism is “perceived more as an economic system – and an irreversible one at that – than an ideology” (Broudic, 2014). An ideology, a political system, which, in order to launder the exorbitant profits made at the expense of disposable workers, assumes the modern and “cool” appearance of socially-responsible finance or the sweet face of philanthropy. Take the Bill & Melinda Gates Foundation, for example. This foundation embodies today the cultural hegemony of the neoliberal model. Aside from the billions of dollars that it brings to the table, the global influence that it has achieved, especially in a sector like health, is fundamentally undemocratic. This hegemony must be resisted and those NGOs that still believe in social change must take part in the resistance. And this won’t happen by legitimizing money from companies and the finance sector, but by marginalizing it. Money from companies and the finance sector is in fact money that could come to NGOs in the form of public grants if wealth redistribution mechanisms were politically braver and more effective than they are today.

NGOs must keep a safe and critical distance from the whole private for-profit sector. They will not become more legitimate by following the advice of Mathieu Dufour et al and collaborating with this sector. As Thomas Gebauern director of the NGO Medico International, reminds us in an article entitled “Re-politicising NGOs”, published in Document Series “Nothing important” in December 2013, the legitimacy of NGOs comes from the public that has empowered them and continues to support them. “Only if NGOs continue to be aware of being rooted in movements that oppose the prevailing political system can they really make a difference”. The non-profit nature of NGOs and the battles they are fighting are unfortunately far from obsolete when faced with the insipid pragmatism of those who imagine that social change can be brought about with a system and way of thinking the obnoxiousness of which has already been demonstrated.

Translated from the French by Mandy Duret

* This article solely expresses the author’s views and in no way reflects an institutional position of the organization he works for. 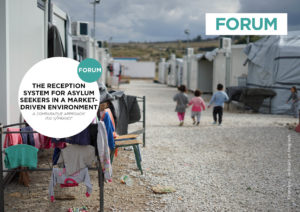 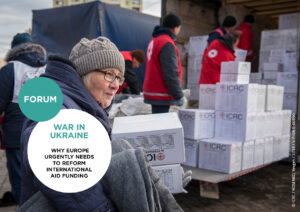 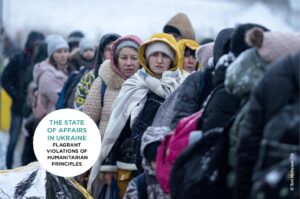 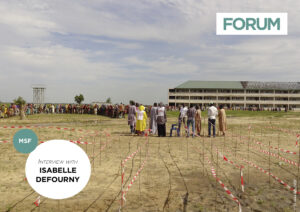